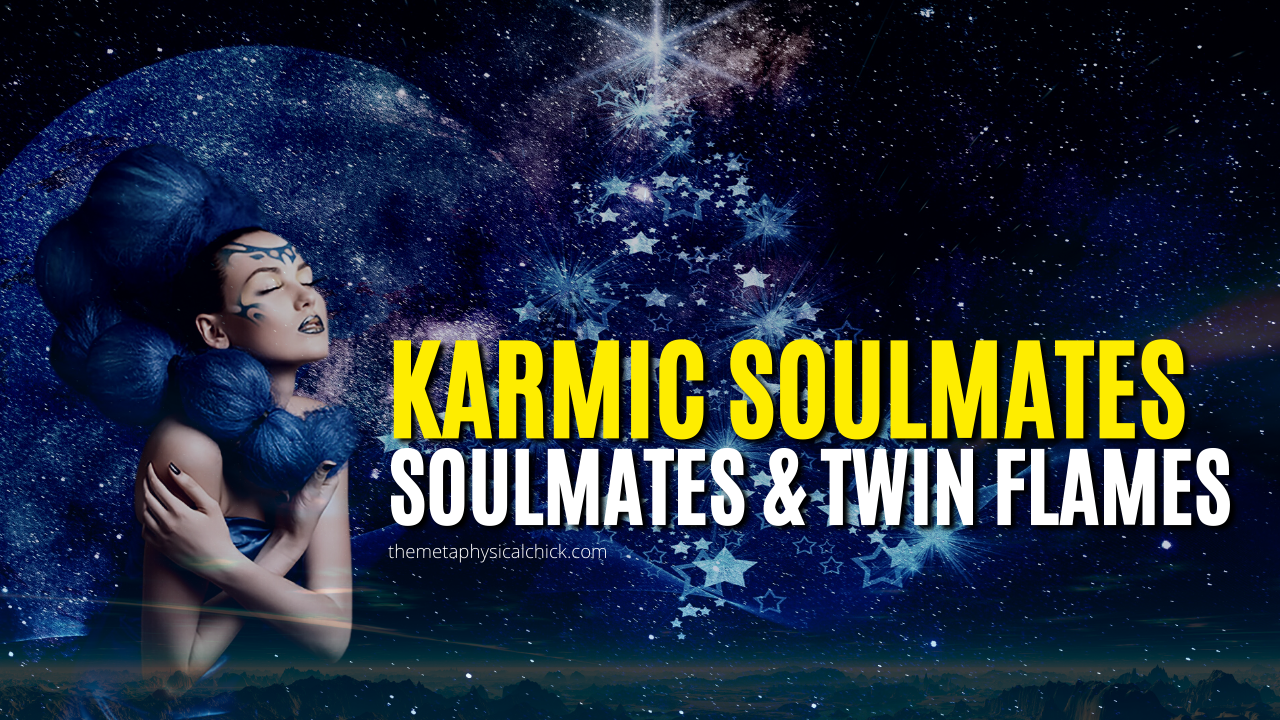 We tend to organize soul connections into three different categories – Twin Flames, Soulmates and Karmic Soulmates. Honestly, I find this to be very limiting because the three hold a similar purpose — ACCELERATED SPIRITUAL GROWTH.

I want to share a dream I had the other day that brought a lot of peace and understanding regarding connections that felt unresolved. This dream is about my own twin flame connection. Maybe you’ll resonate with some of the messages that came through.

I was sitting in a classroom, sad, because I had relatives in the hospital. But somehow, I feel like I was exaggerating. I was being over-dramatic. It’s just a feeling I had. Like I was making things more complicated than they were. In this same classroom, I saw a man that was the teacher. He was listening to what I was saying and with a cup of coffee in his hand, walked out of the classroom saying…

“You can come out to thank me.”

“You’ve got to be fucking kidding me! Thank you? For what? For my pain?”

I remember being so mad when he said this. I felt like we had a past and he wanted everyone to know that he was somehow involved in my life. Why else would he say this out loud? I refused to go outside because “why the fuck should I say thanks to you?” I was going through a crisis. So I stayed at my desk. He came back in after a while, extremely pissed because I left him waiting. And he was yelling, just saying crazy shit. The person next to me then said to the teacher…

“Good for standing up to her.”

At that moment, I got loud! I began to express what I was going through and how I felt about them talking shit. I then grabbed my things and exited the classroom saying, “I’m done.” The teacher followed me, stopped me, and said “I’m so sorry.” He apologized and gave me a hug. The moment this man hugged me, I broke down in his arms. I was sobbing. I really feel that’s what I needed. Understanding but also the acknowledgment of my pain. Sometimes things happen that are not addressed or expressed, and me saying how I felt, allowed this other person to realize that the things he said and the way he treated me were hurtful. And his apology brought a huge sense of peace. Something I needed at that moment. Peace.

This man, I feel symbolizes karmic soulmates, soulmates, and twin flames. In my case, I felt this person represented who I see as my twin flame. He came in to teach me a lot of things. That’s why when I was going through a crisis, he said, “you can thank me.” That’s his role. To shake me up in order to learn new ways of being. But in the midst of all the pain, I didn’t quite understand. “Why the fuck are you having fun with my pain?” “Why should I thank you?” But there is much to be grateful for. And the hug symbolizes the connection, the mutual agreement, the soul contract. This was meant to happen. We agreed. This is how we both learn. It’s nothing personal, it’s just what needs to happen. And so it does. And we let it be.

I know this is a very personal dream, but I hope it brought a bit more understanding into the twin flame, soulmate and “karmic” relationships you’ve experienced. Also, check a video I filmed about twin flames and the connection to Atlantis! And remember, all is meant to be. Even if it hurts, it’s all for growth.

Introduction to the 9 Dimensions and Black Holes
Are You Channeling Or Is It All In Your Imagination? | 5 Signs You Are Channeling
Extraterrestrial Abductions: Why do they happen? Should we be scared?
Hybrid Children: Diego (Healer & Teacher of the Way of the Heart)