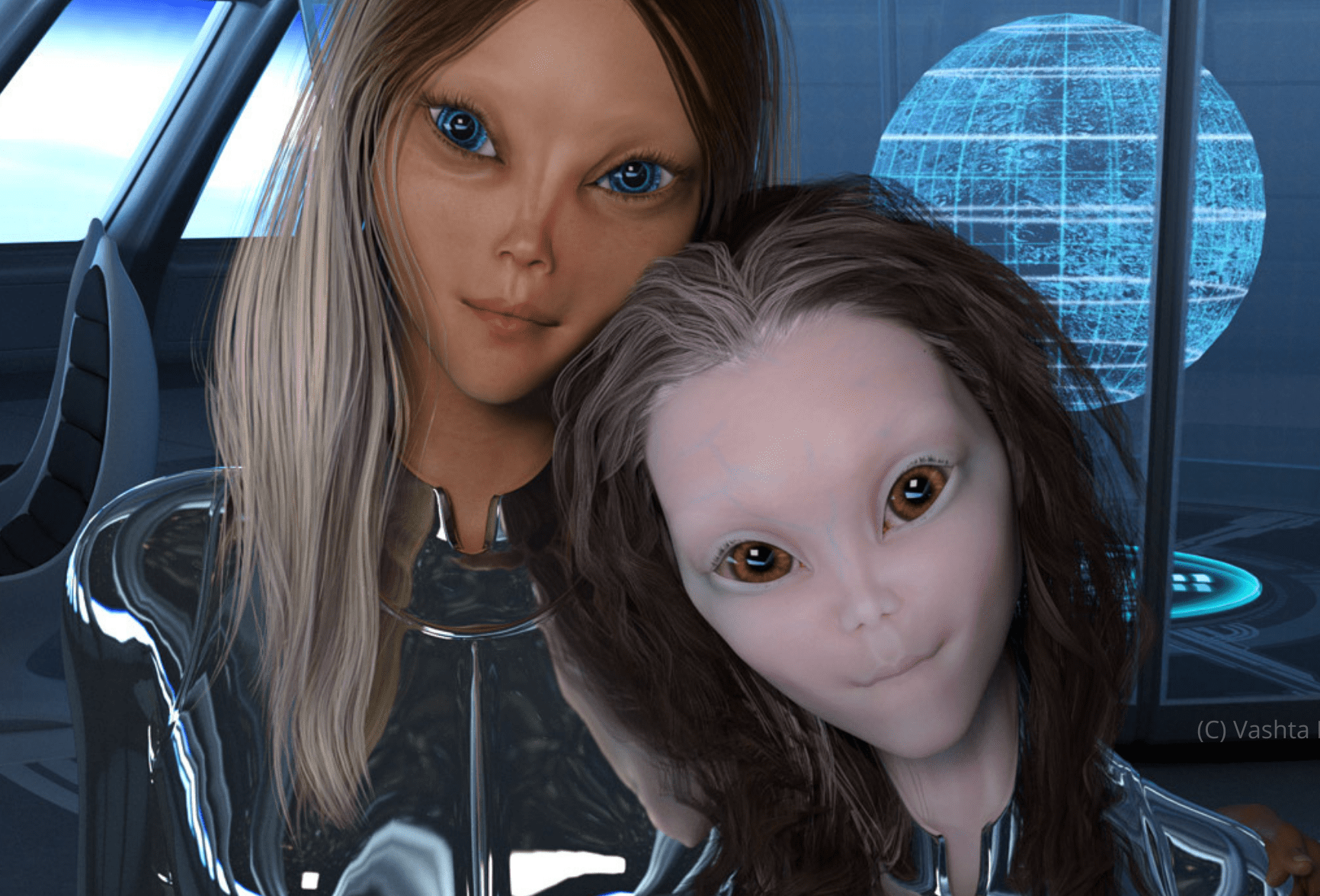 Hybrid Children are beings that beautifully merge the galactic and human genetics with the energetics. I believe all humans are hybrids, but the children are the result of more loving intentions.

Savannah showed up several years ago. At the time, I wasn’t fully awakened, there was a lot of healing that needed to take place, so my connection wasn’t fully established. It wasn’t until this year that she began to slowly show up energetically, and it’s crazy because this happened around the time I started feeling the desire to be a mother. I was receiving so many messages, seeing a lot of synchronicities, cows were showing up everywhere, and this beautiful animal is the pure expression of womanhood, femininity, fertility… motherhood. So, it all came together in perfect timing! They’ll make themselves known only when the parent is ready for contact, or show up first to “taste the waters” and act according to your reaction.

Savannah, and most hybrid children, for that matter, choose their own name. She told me that hers holds a beautiful significance because it is rooted in the Native American name Zabana which means “meadow.” The spelling she chose, which is the English version, means “large grassy plain.”

I did a little bit of research and found the following…

“Savannah is a name of freedom and nature.”

This pretty much sums up who she is! She loves the Earth! I actually think she is more human than I’ll ever be. I’m very much “in-between worlds,” always reaching out to the stars, but all these children want is to be here, on Earth, with us.

Savannah carries the genetics of my Earth lineage. She is literally me! Just smaller and a little different. Everything that I love, she loves. Crystals, animals (she adores my chihuahua), nature, fruit (they don’t really eat as we do but still loves it), the ocean, and pretty much anything that is connected to the body of our planet. She’s a little Earth Goddess!

Before I keep going, no, I did not have sex with aliens. I actually “signed a contract” before coming to Earth in which I agreed to give them my genetics but opted out of sexual practices. This is because the early years of my human incarnation required abstinence from sex.

I have more hybrid children but was told that they don’t look human, so I am being prepared for contact with them by first interacting with Savannah. I’ll share a different post about Amethyst. He’s a baby boy that lives with the Essassani race on a different planet.

Savannah is part of the fifth hybrid race known as the YahYel or Shalinaya meaning “those who will come first.” Remember the Phoenix Lights in 1997? That was their spaceship! They’ve been orbiting the Earth for years, and finally, we are aligning to a timeline in which their integration into our society is inevitable.

The children communicate mostly telepathically but are taught different languages to verbally engage with humans if needed.

Many of our human children are now coming into this world with enhanced genetics just like hybrid children. This is because humans also are starseeds and hybrids! Magical souls are able to come into the Earth through a portal that opens when two powerful forces become one. We are now holding higher frequencies, more light within our bodies, so this leaves a lot of space for souls that require less density to enter this physical plane. Highly advanced souls are already living among us, and most are human babies, children.

There’s so much I want to say! Soon, I’ll be sharing an experience I had during meditation. The children are so ready to officially show themselves to humanity! I’ll also be sharing a few tips on how you can establish connection with your own hybrid children.

Are You Channeling Or Is It All In Your Imagination? | 5 Signs You Are Channeling
Extraterrestrial Abductions: Why do they happen? Should we be scared?
Hybrid Children: Diego (Healer & Teacher of the Way of the Heart)
Was Jesus Christ a Mystic and Extraterrestrial?