Persephone: Queen of the Underworld and Shadow Integration

Persephone: Queen of the Underworld and Shadow Integration 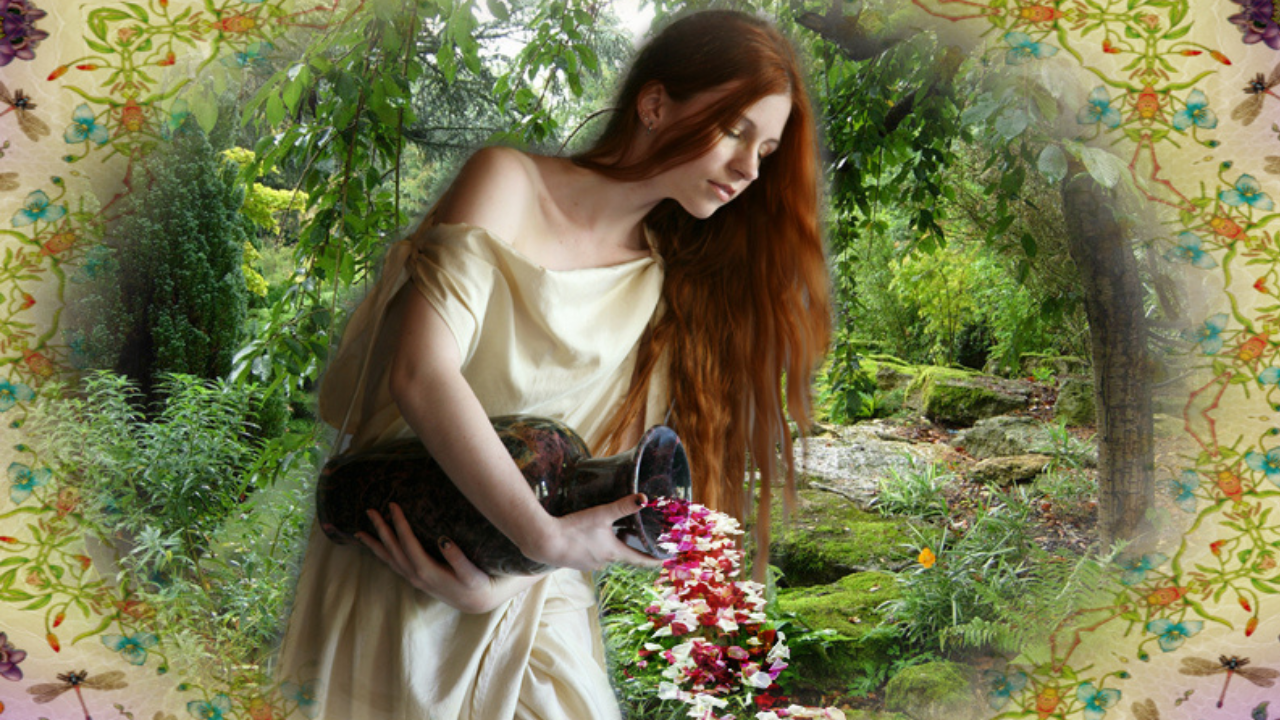 Persephone, Isis, Innana, Hecate, Lakshmi, Saraswati, Parvati, Kali, Lilith, Aphrodite, all these are archetypes. Energetic signatures or templates. These are energies we all have access to. We can look at these goddesses and be inspired by them, but we can also work hard on ourselves to meet the vibrational requirement to embody the archetype. We tend to see these as beings or external forces when in fact it’s all one and within.

Anyways, today I want to dive into Persephone. Personally, I always felt a beautiful connection with this goddess, I honestly saw a lot of myself in her but didn’t really pursue the connection because I wasn’t ready to fully embody or accept her vibrational signature. I’ll tell you why in a bit but let’s first learn more about Persephone.

Queen of the Underworld

Daughter of Demeter and Zeus

How did Persephone become Queen of the Underworld?

I’m sure many of you have heard of Hades, but if you haven’t, he is the Greek god of the Underworld. Hades was madly in love with Persephone. He would often see her picking flowers in nature and I truly feel that Hades was not only attracted to her physical beauty but her energy. Persephone reflected an aspect of Hades that remained hidden. So one day he asked his brother Zeus to assist him in the abduction of the maiden. And I know what you’re thinking, cause same! Zeus is the father of Persephone and still worked with Hades to make this happen. Why? Now this is what Persephone shared with me…

Persephone got to know her shadow through Hades and Hades got to know his light through Persephone. It’s a beautiful twin flame connection. Zeus allowed this to happen because both Hades and Persephone needed each other to achieve harmony within their own polarity.

Persephone was too deep in her light, she lacked understanding of darkness.

Hades was too deep in darkness, he lacked understating of the light.

So Hades and Persephone coming together activated the aspect within each other that remained hidden or inactive. It’s beautiful! And yes, Persephone experienced a lot of hardship in the beginning of her abduction but only because she was being exposed to something she was completely disconnected from. She was an innocent soul, pure, naive of the shadow. This was a huge shift in energy and environment but she endured and eventually learned to embrace the shadow through full, conscious integration of these frequencies. And Hades? Well, eventually, the god of the Underworld, was able to tap into his own light.

I was listening to a podcast the other day, and the ladies mentioned Pluto, the Roman god of the dead and underworld. This is another aspect of Hades. A more benevolent expression of the god. And this is what his love for Persephone did. She brought him out of the shadow and into his own light.

Pluto is also known as the Roman god of Riches. “A benevolent deity and protector and a possessor of great wealth.”

Now, because Persephone is the daughter of Zeus, this automatically makes Hades her uncle, since he is the brother of Zeus. Incest much? lol I’m sure many of you think that but I truly believe these gods are not actual, physical beings but energy, archetypes. They are here to teach us a variety of things. And the lesson of the union of Persephone and Hades is love and polarity.

Eventually, Persephone was able to go back to the surface, spending 6 months with her mother (spring and summer) and the other 6 months with Hades (fall and winter). Again, here is another representation of light and darkness. And right now, in the northern hemisphere, we are experiencing the shadow aspect of Persephone. We are entering the underworlds to rule with Hades.

There is Power in Innocence

At the beginning, I shared about my connection to Persephone and how I wasn’t able to embody this archetype until now. This is because Persephone, as mentioned earlier, represents innocence, naiveness, purity. She is the youthful maiden. I always saw this within myself as a character flaw or weakness.

In my younger years, I lived in my own world. People took advantage of me because I saw only the good in them, so the shadow aspect they embodied went completely unnoticed. I saw the highest potential when they weren’t able to see it within themselves. Until one day, I met my Hades. A person showed up, dragged me to the deepest parts of the underworld and showed me that darkness too exists within me. This fulfilled the hunger I had for experience. It changed everything. It elevated everything. I was able to harmonize my own polarity by seeing and embracing both the light and darkness within. My naiveness turned to discernment and innocence evolved into courage and self-empowerment. I became the Queen of my own underworld. And all because of Hades. I like to think that I also presented him a direct path to his own light.

Now, there is power in vulnerability and innocence. This energy keeps the inner child a child. The world makes us grow too fast, our innocence is taken away at a very young age. So my friend, hold on tight to that innocence and purity, to that vulnerability and sensitivity. This is the untainted divine feminine energy. The light aspect of the God and Goddess. And it’s beautiful. So divine.

I hope you learned something reading this post or resonated with Persephone’s journey. This is simply my perspective of the insight I received from the goddess. So definitely only take what resonates and dispose of what doesn’t. Be sure to check out my youtube channel for content about the Dark Feminine, crystals, extraterrestrials and spirituality. Also, I have a new Moon Magick Crystal Collection. Check out Persephone’s design!

Are You Channeling Or Is It All In Your Imagination? | 5 Signs You Are Channeling
Extraterrestrial Abductions: Why do they happen? Should we be scared?
Hybrid Children: Diego (Healer & Teacher of the Way of the Heart)
I AM GOD | The ONENESS Perspective of God