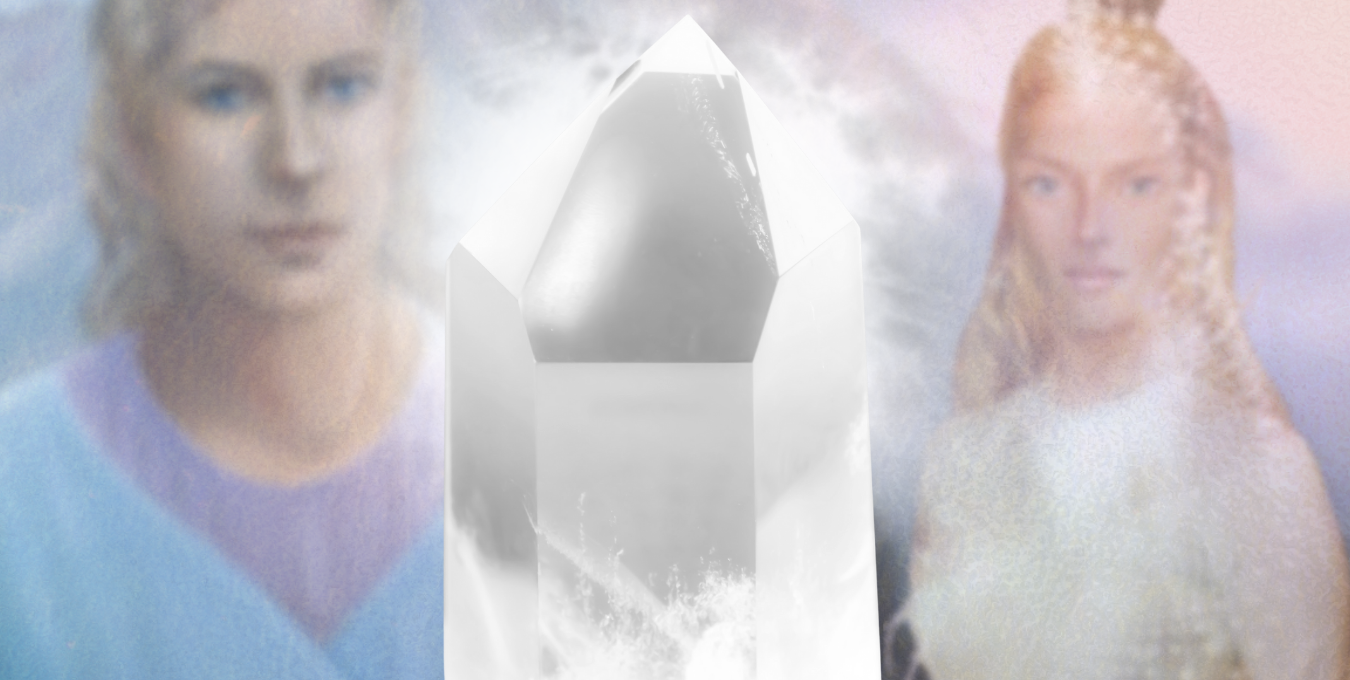 Today, I want to share a few experiences I had while meditating with Lemurian quartz crystals. I’ve been working on launching a community (The Goddess Hive) for women to inspire connection, sisterhood, and during a brainstorming session with my sisters, I felt guided to work with this magical stone. I had no idea what I was getting myself into! lol

For a few weeks, I’ve been consciously working with my masculine energy, which I feel is allowing me to find more balance within as it is now dancing in harmonious union with my own feminine essence. I’ve been meeting in the astral with Angels, the Order of Melchizedek (masculine ascended masters), integrating powerful aspects of my own soul’s energetic blueprint. And through this whole process, I’ve been feeling something massive taking place, a shift and healing hitting the feminine and masculine, or more specific, the twin flame template. It’s been a wild few weeks to say the least. But let’s get started!

THE DIVINE FEMININE AND MASCULINE GATHERING

During meditation with the crystals showcased on this image, I saw men and women gathering. I feel that the men represented the Atlantean collective and the women Lemuria. The women took a step forward, in front of the men, and formed a circle. The masculine was also in a circle but standing behind the feminine. The women sat on the ground, creating a sacred space for the God and Goddess to once again merge in divine union. In the center of the circle, a pillar of light ascended from the Earth, while an equally powerful pillar of light descended from the heavens. This was the God and Goddess making love, and us, the women and men, witnessing the union of polarities that once tore our collectives apart.

ATLANTEAN PRIESTESSES AND THE CRYSTAL

During another meditation, while holding the same crystals, I teleported to Atlantis. I saw myself as an Atlantean Priestess with other Priestesses. We were gathering in secrecy in what appeared to be an outdoor temple. I could see pillars and cement or a solid foundation. It was round. And in the middle of the “temple” was a crystal. A huge crystal. Probably about 10 ft tall, not sure. It was then known to me that the crystal was from Lemuria.

The women were gathering in this “temple” to connect with the crystal in hopes of maintaining harmony in the land of Atlantis. I feel that the crystal was moved to Atlantis from Lemuria as a direct connection to the feminine principle. I feel the women working with this crystal were from Lemuria or understood the Lemurian frequencies, and were gathering to keep Atlantis afloat. Eventually, after working with the crystal for some time, the Priestesses, Oracles, realized that the collapse of the civilization was destined to be. And so, we surrendered to the flow of energy and allowed it to be. We stopped working with the crystal. We were trying to keep something alive that wasn’t aligned with the timeline the Atlantean collective had created.

I’m not sure how many women were working with the crystal. There was no leader, all Priestesses held equal power. I feel that a few people outside of this priestesshood knew about this work. My counterpart was aware of this and other leaders of the land. This was done in hopes of preventing the inevitable from happening. But, of course, you can’t stop something from being that is meant to be.

FROM ATLANTIS TO TELOS

The crystal, after the fall of Atlantis, was moved to the underground city of Telos in Mount Shasta. After being in Atlantis, I teleported to Telos and saw that the crystal was held in a place that is different from the crystal temples in the city. It wasn’t really active, but I do feel that it has kind of regained consciousness. I feel some Priestesses have been working with it, both from Telos and from the Earth.

Adama and his divine flame or some sort of Priestess, High Priestess of Telos, greeted me there. She did something to me, not sure exactly what that was. There was a lot of energy. I had to take a 20-minute nap after coming back to my body lol There’s definitely something being healed, integrated, and transmuted. For sure!

But this isn’t it! After having these experiences, I, of course, had to go back. This post is already long, so check out part 2 – Activating the crystal, curiosity and lower vibrational beings, and a channeled message about twin flames from Adama.

The Goddess Hive is a sacred sisterhood for womxn to support each other on their journey to self-love and full soul expression. This is a FREE community hosted on Discord.

We created this space to help spiritual entrepreneurs and creatives grow a soul-aligned business, share their gifts with the world, and blossom into soulful leaders within a community. We are here to learn, grow, play, and create abundance together.

Learn more about the SISTERHOOD